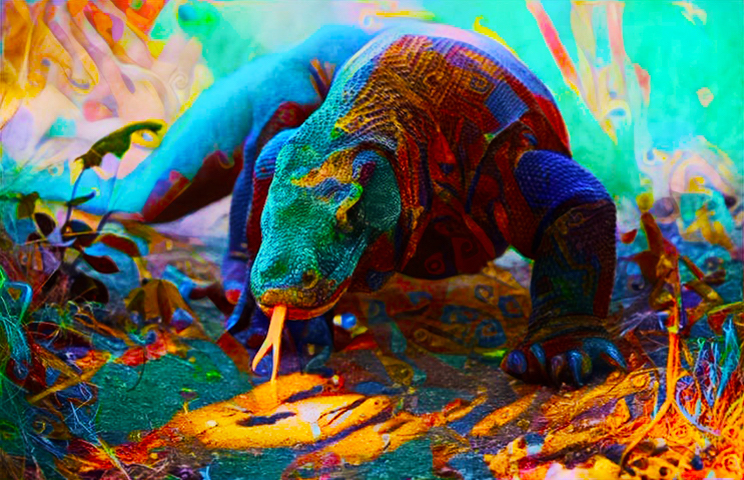 We referred to these interlopers as Reptilians not because they had an appearance similar to reptiles, but because they would take up residence in the area of the Soul corresponding with the region of the brain that was, at the time, referred to as the ‘reptilian brain’. This area of the brain is where our fight or flight response originates. When left to its own impulses, without the interaction of disciplined emotional feedback, it seeks dominance, tends towards compulsiveness, possessiveness, and ‘us and them’ perceptions. By inhabiting this part of the psyche the Reptilians are in a position to override our pain/pleasure responses, moral conditioning, and emotional expressiveness. This, in turn, disables our power of rational thought and choice.

These Reptilians are parasitic to humans. The modus operandi of the Reptilians is to insinuate themselves into the unconscious functioning of a human’s psyche, then usurp the behavior of the human, directing the human to act in a manner that is contrary to human nature. While original human nature is cooperative, compassionate, and loving, the behaviors triggered are antagonistic, violent, and hateful. These manufactured emotions, being counter to our authentic nature of Good Will, creates a trauma within the person who has been usurped by the Reptilians.

Our body and mind exist in a state of dynamic tension with each other. This is not to say that conflict is, of necessity, inherent within the dynamic. Yes, anger might be a result of a life-negative dynamic between the body and the mind, but so is the life-positive experience of passion. The life force generated by this dynamic tension is modulated by our reactions and called ‘emotion’. The expression of an emotion is in actuality the discharge of the build-up of life force. We are in a constant state of generating life force through the interaction of the body and mind.

Our bodies have no concept of violence. Our organic vessels of sensate perception have no capacity to hold, nor process, violent emotions. This fundamental instinctual baseline is then exemplified in our societies, where a strong prohibition of violence is codified in social morality and law as the outlawing of violence. Our social programming, following our hard-wired instinctual mechanisms, establishes a mindset that repudiates violence and hatred. As a consequence, we are unable to wrap our minds around the conceptual reality of violence. That is, we are incapable of justifying, embracing, or processing actions of violence.

By provoking base emotions such as fear, anxiety, anger, lust, addiction, and greed within humans the Reptilians create an internal conflict between the body and the mind. The pent-up emotions, held in suppression because we have no way of processing them, are then used as food by the interlopers. As the Reptilians feed they are drawing off the intense charge of emotional force contained within the suppressed emotions. This lessens the feelings of being out of control, of anxiety and rage, that the affected person has been subjected to. Thus, the person who has been first usurped by the intrusion of a Reptilian, then thrust into an internal turmoil with excessive emotional force pent up, has that intense charge removed. The result is that the person then feels a sense of relief.

Meanwhile, the Reptilians continue to agitate, creating further disruptions. As the internal conflict reaches a near explosive state, the invasive entity once again sucks off the emotional charge, thereby discharging it, reducing the person’s feelings and fear of an explosive and violent emotive abreaction. After just a few cycles of agitation/emotional intensity/discharge, the affected individual has become reliant upon the Reptilian’s ability to alleviate their suffering, even when they may not even be aware of the existence of the invasive entity nor its parasitic agenda. The person has, in effect, become addicted to the presence of the usurping entity. Once addicted, the person will irrationally justify their behaviors as being a reaction to the threatening presence of non-normative ‘others’. Allegiances with social, political, and religious despots who also promote anxiety and fear, but promise salvation and security, are aligned with as the unconscious awareness of the usurping entities is projected into the world about the sufferer. In effect, the person addicted to the Reptilian presence willfully associates themselves with cults, conspiracies, and public figures that also embody the principles of stoking fear, creating conflict, then promising relief and a return to safety. The internal dynamic has become manifest, sanctified, and irrationally inviolable.

The open door by which the Reptilians are able to enter into the pre-conscious instinctual drives – and then to usurp them – is most often an emotional trauma, head trauma, or succumbing to debaucheries, be these drug/alcohol in nature, or indulgence in deviant behaviors that are in direct conflict with our own internal moral compass.

Getting back now to that coalition of spiritual activists…

Each of us who were members of this society had actively suffered from the invasion of the parasitic Reptilians. More importantly, we had each come out the other side and freed ourselves of the presence of the Reptilians. Having liberated ourselves from the usurpation and control of the Reptilians, we had each chosen to apply our experience, and the knowledge gained from it, to aid and assist others we encountered who were suffering and indicated that they were seeking their own freedom and autonomy. We came from diverse walks of life and personal experiences. We came to recognize in each other those quirks of character that were – by those of us who had been there and come through the other side – indicators of a mutual desire to step up to face down the Reptilians and their hold upon the people we encountered. Following many deep conversations and laying bare the Soul, we chose to form an affinity group, this coalition, to join our skills and insights so as to better be able to carry forth the intention we had set forth: the unseating of the Reptilians wherever we encountered them, by whatever non-force methods we could. While we were very sincere in our agenda, we were not without humor. We came to call ourselves the Komodo Dragon Club, and I was elected the Grand Imperial Lizard of the club! The humorous intention was twofold: One was to boldly announce an open-hearted response to the cults of darkness, such as the KKK and its Grand Imperial Wizard. The second was to always remember that if we fail to laugh at ourselves, someone else is surely willing to do so.

Now, you might laugh at that. Good. Because that is the key to self-liberation from the intrusion of these inter-dimensional Reptilians. We had found that 22 seconds of unadulterated, authentic laughter was sufficient to loosen the grip of these Reptilians upon the Soul. With each bout of laughter, we were able to reclaim lost territory of the Soul. Tension released. A sense of ease returned. Peace became our self-referential place of residence. Progressively, as we continued laughing our way to freedom, emotional fixations upon being right, attachments to invested belief systems, and the cravings for addictive substances and activities melted away. Consistent application of this method of laughing our way to freedom takes 3 – 6 months, if applied diligently and with abandon. That is, at no point does one laugh ‘at’ anything or anyone. Sure, you might think of something funny to kick start the laughter but then all laughter about, because of, at, or towards is relinquished as one drops into the pure exuberance of laughter with no subject. This is critical, as any laughter ‘at’ becomes an emotional attachment that the parasitic Reptilians might also usurp to their agenda of triggering divisiveness, polarization, and isolation.

We discovered and honed other approaches that more rapidly removed the presence of the Reptilians from within the Soul. These methods included the use of sound through precise drumming, tonal chanting, and the use of other tone-generating instruments such as gongs, Tibetan bowls, bells, and whistles to dissolve the ‘nest’ in which the Reptilians had made as a residence for themselves. It is not as simple as “Let’s make some beautiful sounds through bells and bowls and free the person from parasites.” It requires being able to perceive the construct, woven of a person’s own fears and tears, dissolve that, then flood the nest with frequencies that negate the frequencies by which the Reptilians are grasping a hold of the Soul of that particular person. Each person is unique, so there is no one-sound-fits-all approach that is successful.

A very powerfully effective ceremony for the removal of the Reptilian influence was experienced in utilizing Psilocybin mushrooms. The beneficent beings that can be evoked, when there has been a prior engagement of relationship with them, proved to be most effective in immediately and permanently removing the presence of the invasive inter-dimensional entities, while at the same time rebuilding the damage done by the Reptilians. Again, simply eating magic mushrooms is not going to do it. It is never about the substance, it is all about the respectful relationship with the Spirit of the mushroom that, ceremonially employed, enables the greatest result.

I have sought to be forthcoming in addressing this topic. It is necessary to reveal. The time of secrets is over. I have also been quite direct in speaking of the solutions while also offering an immediate and accessible method of self-clearing of the influences of these invasive parasites, that is, ongoing and consistent 22-second bouts of authentic laughter. There comes with my offering a caution. In this day and age when self-empowerment’s shadow side of spiritual self-aggrandizement has run amok, I seek to temper the urge to apply a little information as if it were a vast Wisdom.

And finally… as of this writing, I am the sole remaining member of the Komodo Dragon Club. Time and age have claimed all the others. My hope is to inspire those who would truly desire assistance in their self-reclamation of their freedom and autonomy, and/or those who might even wish to step up to the task of becoming actively engaged in being of service to others who are suffering from the depredations of the Reptilians, to step forward and ask. Remember: My job is not to do anything to you, nor for you. Rather, mine is to respond to your call and to work on your behalf with the knowledge and skills, and spiritual relationships earned through the decades of a life lived in dedication. My task is to keep these ways accessible. It is up to you to avail yourself of these ways if you should so choose. Ask.