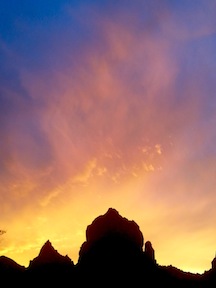 When we are in the state of Forgiveness all that we place our attention upon, in a sincere attitude of acknowledgment and responsibility, dissolves in the burst of Love that comes forth from the relinquishment of our guilt, anger, pain, resentment, grudge or debt. From the release of guilt arises the possibility of apology and atonement. When we release resentment the poison it spreads through our entire interaction with the world is drained, clearing the way for understanding to grow. As we forgive the debts owed us, but never paid – be they financial, emotional or promises – we are able to let go of betrayal and the fear that, unless we are paid in full, we will suffer hardship, when, in actuality, if someone has owed you (money or whatever) for over a year, and you are still alive and able to make it through another day/week/month, then really, you no longer truly require the indebted asset to survive. You have, somehow, made it. By relinquishing the grudge of debt you not only free the other party from their suffering, but your own suffering is released as well. After all, if that person could have paid you, if they were capable of it, they would have done so. If they are not capable (and I include the capability of conscience in that), they will never pay you anyway… so let it go! At that point, holding a grudge of debt only promotes you as being ‘right’, and with it, poisoned with mistrust, resentment, anger and pain. And this helps you how?

At the time of the Winter Solstice, and for the 13 days that follow, I perform the Shaman’s Star Journey for those who request of me to do so on their behalf. As my Spirit soars forth up the Sacred Tree and to the North Star – the Eagle’s Compassionate Heart of Purification – I carry with me the sufferings of all these good peoples, as well as my own. It is one of my own experiences that I will share with you here.

I had been feeling disappointment in myself that I had not been able to be 100% effective in my treatments of 100% of all the people who asked me for help. Having been betrayed by someone I had considered a friend. Getting caught up in and indulging in political sparring and judgments. Minor financial debts owed me for a year or longer. Major financial debts owed me for two years or longer.

These were the things and situations that I carried forth into the Heart of the Eagle in order to release them and make room in my life for something more conducive to my own joy and well-being. Having relinquished the hold these items had, insidiously, held upon me immediately made space in my life for the field of Forgiveness to expand in depth and intensity. Into this resonant field of Forgiveness I then held in attention each person, situation or suffering, allowing the resonance of Forgiveness to dissolve all remnants of these holdings. What remains, as a consequence? Equanimity of Soul, Peace of Mind, Ease of Body, Emotional Calm. Ahhhh!

I share these things not because I think you would have even the slightest interest in my own personal story. Rather, I share to show that Forgiveness is possible, especially as Forgiveness is a radiant field of vibration that is emitting at its highest potency, now, at the Winter Solstice.

For Forgiveness to be active in our life does not require that we announce to the persons we hold in Forgiveness that we have done so (though, sometimes, it is appropriate that we do so). Forgiveness does not require that the other person has asked us to Forgive them. It is not relevant as to whether the other person Forgives us as well. The burden of judgment and resentment that is strung about the neck of us each is of our own concern and choosing. The guilt and judgment we carry, we carry in our own heart. Forgiveness allows us the means of releasing this poison when we are sincere in our acknowledgment of culpability and responsibility. Forgiveness does not make ‘OK’ a wrong, nor is Forgiveness itself the act of atonement that may be required to reinstate balance. It does not let us ‘off the hook’. Forgiveness enables us to no longer be crippled with shame and anger, so that we can embark afresh upon a new course in life, a course charted into the vast ocean of Compassion and a greater availability to the All-That-Is that we call Life.