Spiritual Parasite: A Shamanic Perspective Of Abuse, And Its Treatment 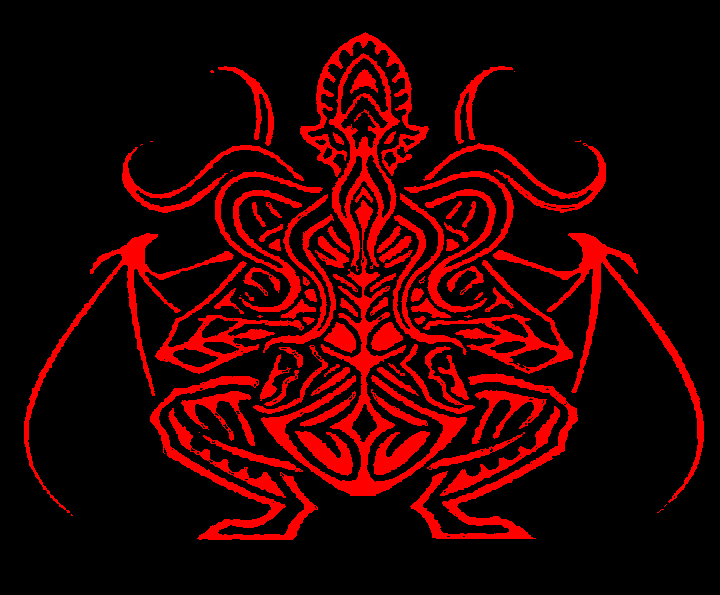 Spiritual Parasite: A Shamanic Perspective Of Abuse, And Its Treatment

It is well recognized that a person who has suffered abuse will tend in life to either become a perpetrator of further abuse or become self-destructive. Why? Why would a person who has suffered the emotional horrors of abuse ever afflict another human with such degradation, shock, and horror? The diagnosis provided by psychological examination leaves the question unanswered, admitting that there is no hope of understanding, let alone of cure. The mental health paradigm holds that the best that can be done for the victims, and perpetrators, of abuse is to help them to contain and maintain their trauma.

The archaic spiritual form of Shamanism, however, provides a clear insight into the underlying cause of abuse, and its effective treatment. The forte’ of the Shaman is within the domain of spiritual reality. Inclusive within the realm of the Shaman is the awareness of ‘Spirits’, the non-physical beings which cohabitate this earthly domain with us.

Of these non-corporeal beings, there are those with which we have a mutually beneficial interaction, such as Spirit Helpers, Guides, and Allies. Then there are those which are so ‘other’ that we can have no concourse with them whatsoever. Still are there those that are purely instinctual in nature, having no conscious volitional will of their own, possessing only the drive to survive and propagate their own kind. It is within this classification of Spirits, the instinctual, that we find one type which is parasitic to us humans. ‘Spiritual Parasites’ propagate themselves through the agency of directed, violent, emotional transference, in a word: abuse.

An individual becomes infected with a Spiritual Parasite through transference from a host (perpetrator) during the victimization of abuse, whether this abuse is sexual, physical, or the complex of emotional/mental/verbal abuse. A spawn of this Parasite passes from the host to the victim. It latches into the solar plexus and can be felt by the victim as if one had received a blow, akin to that of having one’s breath knocked out of them. After hooking itself into the center of one’s Powerbase, the Parasite draws upon the victim’s life force, feeding on the new host’s vitality. The victim, meanwhile, becomes weaker and more debilitated as time goes on, having lost vast amounts of energy to the Spiritual Parasite.

As the Spiritual Parasite feeds, it grows, containing the life force stolen from the new host in a ‘sack’ (All these processes, though described in physical terms, are non-physical, the Spiritual Parasite itself being of a non-physical nature.). This sack grows to full extension, during which time the spawn is maturing to its propagation cycle. As it reaches maturity the Spiritual Parasite extends two tendrils, tentacles, as it were, one into the victim’s Will, usurping it, the other deadening the person’s moral integrity. Once the sack has reached fullness, and the Parasite maturity, the False Will of the Parasite takes over, directing the individual to commit an act of abuse. This occurs as an instinctual mechanism which the individual perceives as the presence of something foreign within the body. Just as if someone had eaten contaminated food, this instinct seeks to expel the intrusive substance. The Spiritual Parasite uses this biological mechanism to time its propagation. During the commission of the act of abuse, the perpetrator has no discernment of right or wrong, their moral integrity having been deadened, nor are they aware of what they are doing, their Will having been usurped by the Spiritual Parasite. During the act of abuse, the perpetrator feels a great sense of release as the sack deflates, rushing, as it does, into the new victim, carrying with it the spawn into a new host. The perpetrator, having had this immense release, then realizes what s/he has just done, and swears up and down that they would never do this to anyone, that it is ‘not me’ who committed this act of horror. Having their moral conscience back online now, as well, the perpetrator is filled with shock, self-loathing, and remorse, promising that they will never do such a thing again. The Spiritual Parasite itself, however, has not been expelled, only its spawn. The originating Parasite now feeds, grows, and cycles through again and again, causing the person to become a repeat offender.

Thus are we able to see, from a Shamanic perspective, the answer to why a person who has been abused may tend to become an abuser themselves. Should the person so infected be able to resist this compunction to abuse, through their innate strength, or through personal involvement in methods to strengthen one’s moral integrity in support of their Will, such as meditation, spiritual practices, therapy, or religion, a new situation arises. Now the Spiritual Parasite has no release. The sack continues to fill beyond its trigger point. This bundle of stolen power, like a balloon overfilled, becomes taut and resonant with the emotional content of the originating traumatic abuse. This tautness is experienced by the body as an internal agitation, a pressure from within. In response to this irritation, a deeper biological mechanism is triggered. The same instinct is witnessed in a pair of wild animals captured from freedom and put into a cage— they will refuse to eat or propagate, they will choose death rather than live in captivity and enslavement, or bear young into such circumstances. How this instinct looks within us humans, when activated, is that we move into social and/or sexual withdrawal and isolation from the world and the ones we love. We begin to sabotage our intimate relationships and exhibit a variety of self-destructive behaviors: alcohol or substance abuse, depression, immunological disorders, suicidal thoughts, and tendencies. A whole panoply of dysfunctional and destructive behaviors may result from the triggering of this one deep-seated instinct. That instinct: the preservation of the species.

This instinct for the survival of the species is engaged when a threat to the sanctity and preservation of those we hold in honor is detected by our perceptions. Instincts, however, are purely bio-physical. They have no mentative capacity. They are unable, therefore, to make a discernment between the actual threat— the presence of the Spiritual Parasite— and the infected person’s physical body. As far as the instincts can perceive, the threat to the sanctity of life is the very person who is inflicted. In response, the natural forces of the body and mind are marshaled together to isolate and/or eliminate the danger to our loved ones around us. Again, that instinctually perceived danger is sensed to be none other than our own Self, body, and mind. Now our autonomic systems, which regulate our immune system, brain chemistry, and emotional states, must contend with the liability which we, the invaded, appear to represent. The process of self-destruction sets in. We find ourselves acting out behaviors for which we can find no rational underpinning. Our health, physically, mentally, and emotionally, begins to deteriorate. Suicidal thoughts, unbidden, may well up from within us. Candida and Chronic Fatigue Syndrome (Epstein-Barre) and rampant physical parasitic infections are significant features of Spiritual Parasite contamination as well.

All these conditions are but symptoms. They are not ‘issues’, for they have no basis in our history. Remove the source of that which is triggering the instincts to go into the preservation-of-others mode, remove the Spiritual Parasites that are the true cause of the disturbances, and the secondary phenomena of disintegration and debilitation cease. By removing the Parasites, and allowing the autonomic system to once again take up its normal task of maintaining the integrity of our health and welfare, we rapidly move towards a condition of renewal and stability. We experience freedom!

The preeminent Shamanic method of removal is that which is referred to as ‘extraction sucking’. Practiced globally throughout time and in all indigenous cultures, ‘sucking Doctoring’ is utilized to remove any number of dysfunctional energies of spiritual origin. The Shaman prepares the infected site and suctions through a tube placed upon the skin of the patient. Employing prayers and the help of Spirits, the Shaman is then able to remove the irritating spirit.

With the removal of the Spiritual Parasite and the reinstitution of health within the client, immediate and dramatic alterations are experienced by the patient. No longer does one feel compelled to abuse others or self. Things that previously would have caused the person to become agitated or depressed are now seen as within resolve. The individual enthusiastically experiences an exhilaration and enthusiasm for life!

All material contained herein is under the Spiritual, Intellectual, and Ceremonial caretakership of Jade Grigori and may not be utilized, in part nor whole, by any person without his express permission.